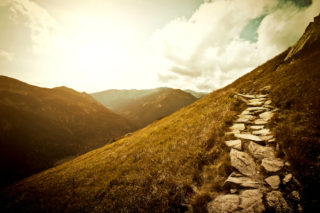 When I was a kid we would organize these scavenger hunts in the neighborhood.

Somebody would organize a list of weird things. Then we’d break into teams and go around the neighborhood and knocked on doors.

Whoever collected all the stuff (yellow clothespin, etc.) would win.

Then later when I was in Boy Scouts, we had a similar game, but it was more like low level “hazing” for new kids.

We’d go to these huge jamborees with hundreds of different troops.

And we’d send kids around looking for things that didn’t exist.

Like left handed smoke shifter, or a bacon stretcher.

Everybody was in on it, and pretty soon the new kids would figure out they’d been had. Most of them would keep going around, because it was pretty fun.

But me and my buddy would purposely go around to all the different troops and ask for the craziest stuff we could think of.

Just to see if they could keep a straight face while telling us another troop (the one that happened to be furthest away) had it.

Talking to people can be incredibly rewarding.

Even if you don’t have any intention other than passing the time.

Because most people are pretty interesting.

And the more people you talk to, the more stories you’ll pick up.

Sure, a lot of people won’t offer much, but a few will.

You can think of other people’s stories like “resources.”

So when you DO find yourself talking to somebody that you would like to persuade or influence, telling stories is a great way to do it.

Or if all you want to do is develop deep rapport, perhaps to start a relationship, stories can be a good way to do that.

They tell a story, and you relate a story that happened to a friend of yours.

Each story you collect can be a resource to further deepen your relationships with people you’ll later meet.

Think about that next time you see a huge crowd of people roaming about.

Then go and collect them.